Posted March 15, 2018, on Old People Are Cool website – It is such good information, I hope the author won’t mind if I share it, too.

Author Jeanette Leardi has allowed Old People are Cool to repost this blog contribution which originally appeared on the website ChangingAging: https://changingaging.org/blog/another-look-at-successful-aging/ 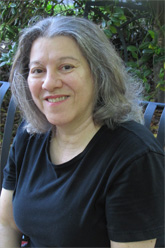 Two and a half years ago, I wrote a piece for this blog called “Successful” Aging –– On Whose Terms?, mistakenly assuming that I had covered all of the points I wanted to make on the subject. I asserted at the time that “there’s an inherent problem with equating aging with the kind of success that is solely based on conscious individual achievement.” I argued that even if an older person has made the effort to secure adequate health and wealth, as well as to be socially interactive and passionately engaged in living, such success is never solely due to that person’s choices, actions, and abilities. Luck and uncontrollable external factors play equally influential roles in the outcome.

But even now, if I do a Google search for “successful aging” or merely sample the feature articles in newspapers and magazines, it appears that the term, with all its attached misconceptions, is slow to die.

And I wish it would. Quickly. Here’s why.

Every time we assign the sole responsibility of aging well to an individual, we disregard that person’s uniqueness in a very unrealistic and unjust way. Each of us has gone through a combination of biological and socioeconomic experiences that have affected us at every turn.

Are you a male or a female? Are you a member of an ethnic or racial majority or minority? Females and minorities in general are economically disadvantaged throughout their lifespan, earning less than their white, male counterparts and subsequently receiving smaller pensions and Social Security benefits. In addition, more women than men leave the job market, becoming unpaid laborers who raise children and/or care for elder parents.

Have you spent most of your life on a farm or in the middle of a big city? Did you inherit great wealth or have you had to earn all or most of your income? How much education were you able to afford and receive? What career paths were open to you? Did you ever experience serious health problems that affected your ability to work? How many children, if any, do you have, and are they willing and able to help you in your later years if you need support? Do you have easy access to nearby and affordable housing, transportation, and other vital services for older adults?

Somehow questions such as these are still not factored into definitions of successful aging in most media discussions. And because these factors aren’t foremost in the public’s consciousness as issues to address, they are often ignored or considered irrelevant in government and private-sector policy decisions. This situation must change.

For “success” implies accomplishment within an established system. But what if that system is outmoded, disjointed, or worse, deliberately fostering social inequality? Then successful agers who have been lucky, wealthy, and in the majority are aging well because of our social policies and cultural norms. But agers in other categories who have managed nevertheless to age well are successful despite those same policies and norms. Their challenge has been far greater.

And let’s not forget that there is a huge population of older adults who struggle to stay economically and physically stable as well as purposefully and socially engaged. In many cases their difficulties could be significantly eased if our society would only redefine “successful aging” in less polarizing terms. Let’s stop evaluating aging as either the result of being ambitious and productive or being negligent and irresponsible.

In fact, let’s totally ban the term “successful aging.” We need to replace that unproductive and discriminatory paradigm with one that is realistic, compassionate, and fair –– one requiring an equal commitment between the individual and society.

Why “empowered”? Because it moves the focus away from the static goal of accomplishment and toward an ongoing process of maintaining autonomy, dignity, and self-worth through interdependence.

This bilateral commitment should be fostered throughout a person’s life, starting from childhood. We should be raising children to appreciate every age through which they pass, and expecting our cultural values to honor and support them all along the way, in their education, careers, personal relationships, and social contributions.

And isn’t that the kind of success we should aim to achieve?

This site uses Akismet to reduce spam. Learn how your comment data is processed.

At each meeting you learn ideas to take immediately into your facility and skills that benefit you, your department, and your company. Join us to better yourself and the profession.